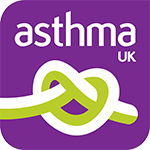 Valentine’s Day!! Yay – let’s run 13.1 miles/21km to celebrate.  Or maybe just sit around and eat the lovely chocolates that Ian bought me.  In the end I did both 🙂

This event nearly didn’t happen due to The Body in the Park Situation ….. but I’m getting ahead of myself.

As this event was held in Exeter which is not that far away, I didn’t have to get up too early which was nice after last weekend, and ….. it wasn’t raining !!!! I know! But, it was very cold and my phone was telling me there may be snow.   But as I set off  the weather was fine 🙂

As usual I got there early – I do love to get a good parking space and it was nice to have time to have a coffee from my flask.  I also wanted to delay leaving my warm car.  I had plenty of layers on including a hat and gloves but already I could see people in shorts and vests – WFT!  This could only mean one thing, it was to be another fast race with me plodding along at the back.   I’m starting to look forward to Taunton and Yeovil half marathons where the field will be much bigger and I won’t seem so slow.

The race was starting by a canal – not a part of Exeter that I know well – in fact the only part of Exeter I know is the shopping area lol! But despite the grey skies it was a pretty area. 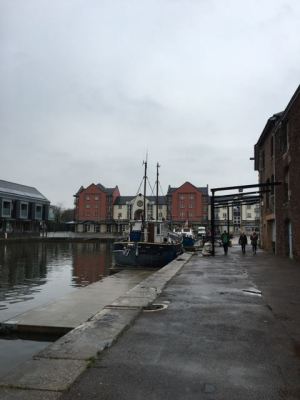 At 9am we were all called together for what we though was a race briefing…. it wasn’t. The race was to be delayed 15 minutes due to an incident in the park we were about to run through!  No details were given but apparently it was now a crime scene.  I had seen a guy taking photos earlier and figured he was the local journalist, he was, and he told me that a body had been found in the park.  He was very good at saying all the right things – about the poor person – but he did seem quite excited that he was the journalist “on the scene”.

I also used this time to chat to other runners – I saw a guy, in a couple, who had a Staffordshire 70.3 t-shirt on – I’ve done that race!! Turns out the pair of them had done many of the same races as me and we had a good chat about triathlons and how we had all seen/chatted to Gordon Ramsey in Stafford.  I saw him later in the race – he was well in the lead and won by a big distance, I think he lapped me before I had finished lap two – trust me to pick the fastest runner there to chat to.  Hope he didn’t realise it me as he sped past.

Anyhoo, back to the delayed start. At 9.15 we were told it would be another short delay but the race would still go ahead, they just needed to re-route some of the course and move the water station.  I have to say the organisation and communication was very good and soon we were under way.

From the start I felt tired and heavy legged.  The pace was very slow as we all tried to run up a narrow path and avoid the puddles.  Within minutes my feet were wet, muddy and very cold – a familiar feeling this year.  It was a long way to run with wet feet.  I also realised that I had picked the wrong trainers – should have worn my trail shoes.  My trainers are really old and I had forgotten how much they can rub – my big toe now has a horrible blister and the trainers are in the bin.

As the race spread out a bit I found myself in my usual spot near the back.  The laps, now that the park was out of play, were up and down a long canal path – three 7km laps.  Up one side, across a little bridge and down the other side.  It was nice and flat but the mud made it hard going.  I guess it could have been quite boring but the police helicopter over head and the many cars with flashing blue lights livened it up a little.

My pace was about normal for this distance but I felt very slow and also felt a bit miserable.  However, I kept smiling because that’s what I do, and I chatted to all the marshals who were lovely and must have been freezing.  The lovely ladies at the water station all gave me a big hug on the last lap – must have looked like I needed it and hey, at my pace there is always time to stop for a hug.

I got another hug from my sister Adi and hubby Antony too. Totally surprised to see them – my sister had even texted me that morning pretending to still be at home.  I heard them before I saw them – GO PAULA GREEN!!!! What!!!!  OMG I was so happy and it gave me a real boost for my  last lap.  I didn’t get any faster but I felt happier knowing they were there and I would see them at the end.

I finished in 2.22.05 – a very normal time for me for the half marathon distance.  I ran all of it, occasionally walking through some mud so that I didn’t fall.  But it felt like hard work and I was very tired by the time I got home.   I had a little wobble that evening wondering if I had taken on too much this year – would this old body hold up?  But after a good nights sleep, some yummy chocolates and a meal cooked by Ian, I woke up on Monday morning feeling just fine and ready for the next 42 events!